To our knowledge the only known example of this 12 inch (32,5cm.) celestial library globe, published by "one of the foremost cartographer’s of the age (Shirley), here in its extremely rare first address "Rue des Canettes" and dated 1700.

Made up of two sets of twelve finely engraved and hand-coloured gores and two polar calottes (70°) laid to the ecliptic poles of a papier-maché and plaster sphere, the axis through the celestial poles. Brass meridian circle, graduated on one face, brass meridian hour circle and pointer.
Decorated with constellation figures, backgrounds in green, constellation figures hightened in red and pale colours.
The northern and southern constellations comprise some additions to the Ptolemaic group, while those of the zodiac are the conventional ones. The engraver is not mentioned, but was most probably Charles Simmoneau, member of the Académie Royale des Sciences. Also Claude Auguste Berey (fl. 1689-1722) has worked for De L'Isle.

The horizon ring graduated in individual days of the houses of the Zodiac, with sigils and labelled every ten days. This paper facsimilé horizon ring is completely hand drawn in black ink and hand coloured. It could well be that a printed horizon ring was not yet availablle at that early date.

The globe is mounted on a tall French ebonised oak stand, papered horizon ring supported by four turned legs united by plain stretchers supporting the base plate and central pillars. Height 52 cm. One leg with a repaired crack, but nothing missing. The globe surface with the usual repairs and some minor areas restored or drawn in.


Recorded examples of his celestial globe
Two examples of the 1700 dated celestial globe are recorded in :
- The Museo Galileo in Florence, Italy. (Medici collections, inv 974; donated by Grand Duke Peter Leopold to the Museo di Fisica e Storia Naturale of Florence at its foundation in 1775.) however bearing the later address "Quai de l'Horloge".
- A pair sold at Christies, sale 5586, lot 147, 25 June 1997. The catalog description unfortunataly does not mention the address.

- Stevenson mentions a terrestrial globe dated 1700 in the Real Biblioteca of Madrid. Publisher's address unknown.
Stevenson does not makes mention of a celestial, nor terrestrial globe with the "Rue de Canettes" address in his book, Terrestrial and celestial globes, volume 2.


Guillaume De L'Isle (Paris, 1675 -1726 )
was one of the most important cartographers of the early 18th century in France and removed the celestial errors that were copied from Ptolemy, and created a new and accurate celestial globe.

De L'Isle was the son of Marie Malaine and Claude De L'Isle (1644-1720), who later remarried Charlotte Millet de la Croyère after his first wife died following childbirth. It is possible that the couple had as many as 12 children, but many of them died at a young age.
Although Claude De L'Isle had studied law, he also studied geography and history under Nicolas Sanson. He taught history and geography and had such a good reputation in Paris’ intellectual circles that he educated lords, among them was the duke Philippe d’Orléans who later became regent for the crown of France.
Guillaume and his two of half-brothers, Joseph Nicolas and Louis, ended up pursuing similar careers in science.

While Claude certainly has to be given credit for Guillaume’s education, the latter showed early signs of being an exceptional talent. He would soon contribute to the family workshop by drawing maps for his father’s historical works.
In order to perfect his skills, Guillaume De L'Isle became the student of the astronomer Jean-Dominique Cassini, who was the director of the Paris Observatory.
Early on he produced high quality maps, the first being a manuscript map "Carte de la Nouvelle-France et des Pays Voisins" in 1696. As Guillaume was only twentyone years old in 1696, it is likely that his father, Claude, also a cartographer, had influence regarding this map.

In the year 1700, when he was but twenty-five years of age, there appeared under his name a world map and likewise maps of the several continents and he issued the first edition of his globes, those having a diameter of about 32,5 cm. and those having a diameter of 15 cm.
These works appears to have established his reputation. In the year 1702 he became a member of the Académie des Sciences, not as a geographer -this department was not established until the year 1730- but as an astronomer under Jean-Dominique Cassini. In fact, he had received a joint training: one type with his father Claude, the historian/geographer for whom he prepared maps and globes, and another with Jean-Dominique Cassini, who taught him astronomy.
It was necessarily the latter who persuaded him to use the figures of latitude and longitude set out by the Académie des Sciences, to compile documents which would renew French cartography.
When he became a member of the Académie Royale des Scienes, he signed his maps with the title of "Géographe de l’Académie". Five years later, he moved to the Quai de l’Horloge in Paris, a true publishing hub where his business prospered. De L'Isle’s ascension through the ranks culminated in 1718 when he received the title of "Premier Géographe du Roi".
His new office consisted in teaching geography to the Dauphin, King Louis XIV’s son, a task for which he received a salary.


Rue des Canettes
Guillaume De L’Isle’s first printing shop was established on the "Rue des Canettes pres de St. Sulpice" in Paris. This address appears only on editions of maps dated 1700-1707. This celestial globe dated 1700 is one of the few examples of maps and globes who were printed at the "Rue des Canettes" shop. Most examples of his work were issued from the address where De L’Isle moved in 1707, the "Quai de L’Horloge".
A map of Piedmont dated 1707 informs us that by that date De L'Isle had moved to the "Quai de l'Horloge à la Couronne de Diamans". The latest date on a map found bearing this address is January 1708.
In early 1708 De L'Isle changed the sign over the shop to "à l'Aigle d'Or", the golden eagle.
In 1718 he ads his newly received title "Premier Geographe du Roy" to his address.

Map bearing the Rue des Canettes address are the most desireable of De L’Isle’s works and are extremely rare. This is appearently the only known example of a globe with the "Rue de Canettes" address.


Quai de l’Horloge
France was leading at the turn of the seventeenth century in the field of geographical and astronomical science, a fact in part due to the generous subsidy allowed by royalty.
Many of the agents of cartography, including those involved in the creation, production and distribution of maps in Paris lived in the same section of the capital city. Booksellers congregated along rue St-Jacques along the left bank of the Seine, while engravers and cartographers lived along the Quai de l’Horloge on the Île de la Cité.
Regulations enacted by the communautés informed the location of the libraries. These regulations included that each bookseller-printer was to have one shop, which had to be located in the University quarter or on the quai de l’Horloge. These restrictions provided by easier inspection by the authorities to enforce other regulations such as: printer need to register the number of presses they owned and any books that were printed had to be registered and approved by the royal court before it could be sold. 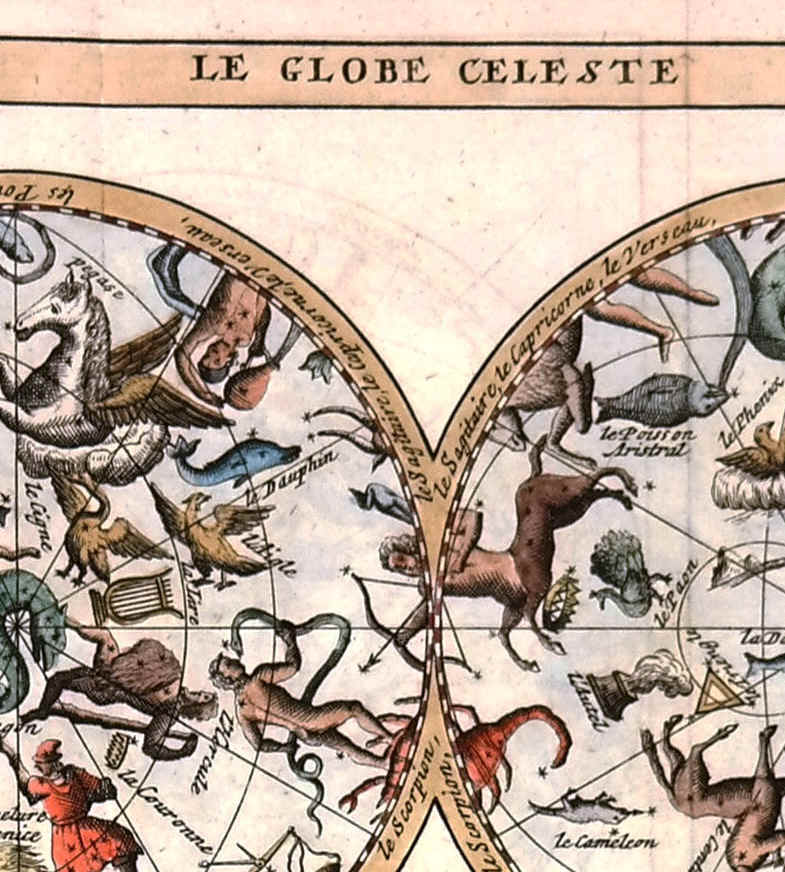